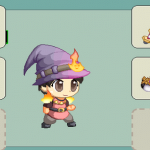 This is my favorite series ever. I want to add more info to this website. I also hope to rise up in the ranks.

Every Hero in World Without Heroes Before Jason, and How They're Each Broken

Retrieved from "https://beyonders.fandom.com/wiki/User:RobTheBobert?oldid=8455"
Community content is available under CC-BY-SA unless otherwise noted.